I’ve been watching the BBC Series “Call the Midwife” on Netflix. It’s set in the late 1950’s and focuses on a group of young nurses working in London’s east end, riding their bicycles through the streets to deliver babies and running health clinics out of a gymnasium. If a situation becomes more than a nurse can handle, she’ll call in a doctor and sometimes expectant mothers are sent to the hospital but for most it’s home births. The series is sweet and fun to watch although doctors often spout slogans like “without the National Health Service this baby would have died” in the middle of a delivery. It’s a rosy commercial to reinforce a matter of national identity and pride in the UK. 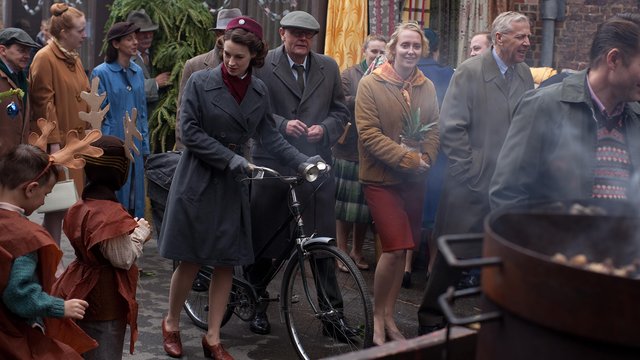 The NHS is the largest health system in the world, serving over 65M patients. Every person in the UK has basic health services covered, and some, like pregnant women also receive dental services. It’s based on a model of Trusts that run their own organizations supported by some centralized services. I learned more about this system on my recent trip to attend Health 2.0 Europe, which was in London and had a large focus on how to engage with the NHS.

As the CEO of a m-Health and Health IT startup, my interest was largely in how information is managed across this vast system. Interestingly some areas are highly advanced while others are still paper-based.  For example, BT (British Telecom) implemented “The Spine” almost 10 years ago to deliver one system that has basic patient demographics that can be accessed from any health institution. The Spine authenticates patients using their health card and provides their health ID number, age, and basic demographics to any healthcare organization. This means, that say you are from London but are vacationing in Cornwall, over 250 miles away, you can walk into any clinic and get care. Alternatively, 80% of patient records are on paper, and while there are 65M patients there are 85M records suggesting that there is some potential error in the system. Some hospitals in Central London are moving to electronic records and saving millions of pounds annually just by not having to store the records in extremely expensive London real estate. This is quite impressive considering that many EMRs cost hundreds of millions of dollars to implement. 😉

While so many records are still paper-based in many areas,  digital technologies are being implemented for innovative uses. I learned about hospitals deploying hundreds of iPads to staff, as well as tele-health in use for cognitive behavioral therapy. Patients were able to record their therapy sessions and replay them later when they needed a refresher on the advice or what was said. Patient centered care was the reason for adopting these new technologies, however the 18-month waiting list for cognitive behavior therapy may also be driving new models of care.

Private hospitals have cropped up catering to the “worried wealthy” who want to access more frequent care or avoid waiting lists for surgery, MRI, or other popular treatments. I heard mixed feedback about whether these waiting lists were real. Some people said that they were exaggerated while others pointed to the popularity of private care as proof.

Another areas of contrasts was around portability and protection of health information. On the one hand, an NHS representative said that a major issue was consent: sharing of patient records across trusts or hospitals or even with someone not directly involved in the patient’s care. On the other hand personal health information regulations while important did not seem to be as big an emphasis as in the US. As for the portability of health data, patients often are given their paper file to carry directly to a specialist. While it would be great if they were able to do this on their mobile device, it’s great to see this level of access to information for patients.

As I’ve written before, there does not seem to be a magic bullet between private and public systems. Private can deliver a much higher level of service however, the right to healthcare seems like it should be universal. The trip provided an interesting peek into another model that has its share of advancements and opportunities to get even better.

Now, back to seeing what the girls are up to on Call The Midwife.

Wellpepper is clinically-proven to improve adherence to patient instructions and care plans.

Wellpepper enables healthcare professionals to prescribe digital treatment programs that patients follow outside the clinic using text, mobile, and web interfaces. Wellpepper patients are over 70% engaged with their care plans. Wellpepper’s unique architecture means it can be used to deliver any type of patient interaction across service lines.

“This program has empowered me, lifted my morale, renewed my hope, and given me tools. Thank you for helping me regain my life!”